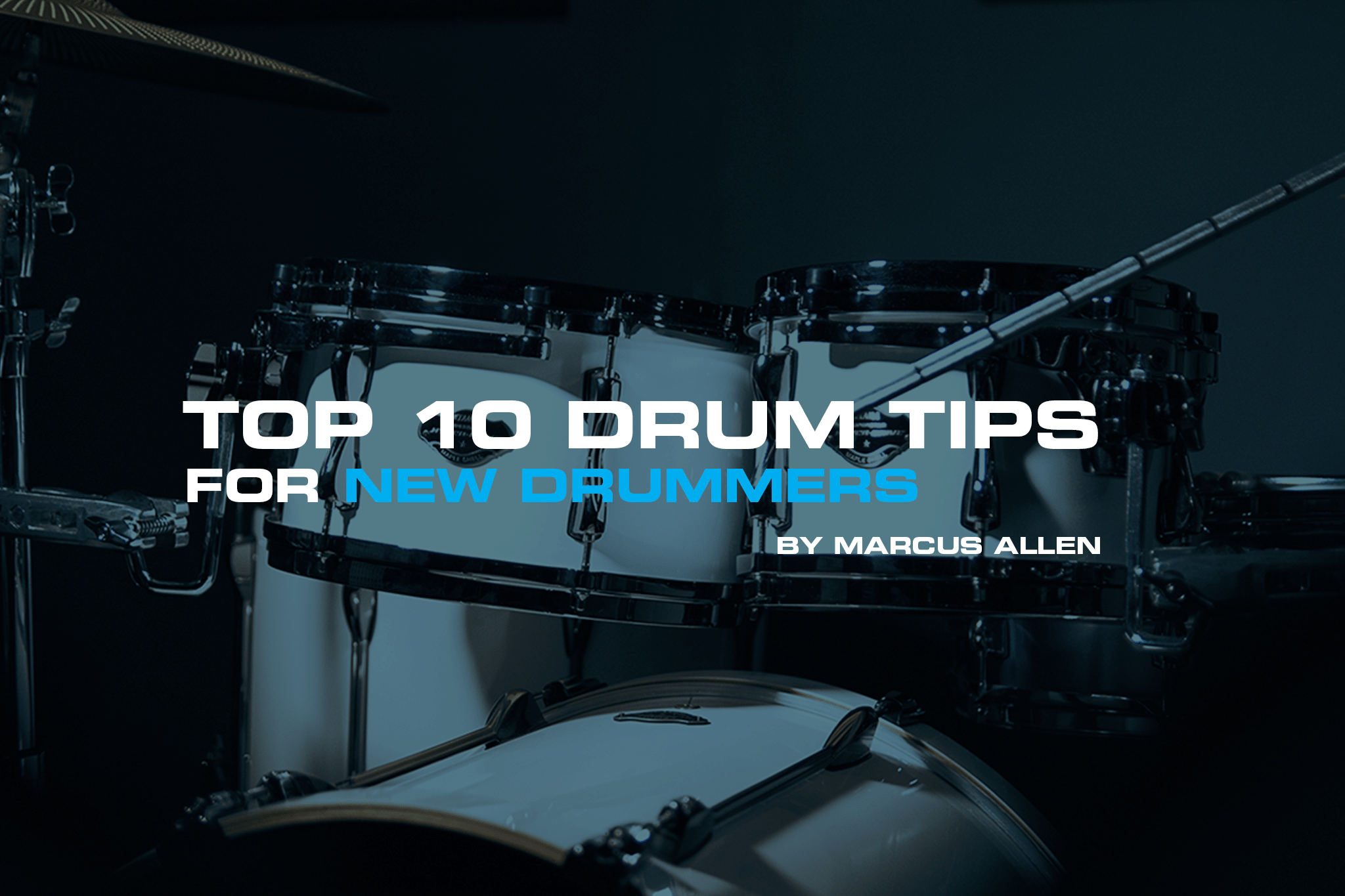 Stretch, loosen the muscles and get the blood flowing to release tension. This will help your whole body relax. As we’re playing multiple limbs with drums, it is vital you ensure your whole body is in a state of no tension. I always tell my students to relax at the start of any session and that tension KILLS strokes! That’s not just restricted to the hands either, that’s the feet too! Best way to think about your grip, is imagine you are holding a small animal in your hands. Something cute! You don’t want to hurt it, but you also don’t want it to run away either. Too tight, you’ll hurt your strokes, too loose your sticks will run away! Probably across the other side of the room. So always have a spare pair handy. So yeah, RELAX!

Take some time to adjust the kit to your preferences and make sure you can comfortably and naturally move around the kit.

Look, we’re drummers right? We don’t have time for that! BUT WE SHOULD! A properly planned ergonomic set up, will work wonders for your grooves, fills and general playing! Being positioned properly on the kit, in my opinion is one of the most overlooked issues which causes the biggest problems down the line to fix. There’s no right or wrong way to do this, however there are some guidelines. If you learn with an awkward set up, changing further down the line can be difficult as you would have become accustomed to that particular set up, but you need to remember, it might not be the best set up for you long term. You should invest in some drum lessons with a good drum teacher locally or online to guide you in the right direction. Nothing against self-taught here, but make sure you’re at least doing it the right way.

You also want everything in easy reach, your toms to be as flat as you can or slightly angled if you prefer, this can affect your sound as well as making your heads last longer! If you can see your face in your toms as a mirror reflection, then you’re going down a bad path, and you’re probably going to end up with some dents in your heads (but you’ll look pretty doing it).

For cymbals, it’s important to make sure you don’t have them too flat, as this can cause them to crack more easily, you also don’t want them too angled, as the contact with the stick won’t really hit that sweet spot. Somewhere in the middle would work just fine.

These are just some basic pointers, but our beginner drum lessons and drum courses below will offer a much more detailed approach!

Listen to the music, not just the drums. What are the other instruments playing? Pay attention to the bass and really focus on locking in.

We’re all too guilty of just listening to the drums, you need to understand you are part of a team and a much wider picture. Learning how different instruments interlock, can be incredibly valuable. In particular the bass player. They are one of your best friends in a band, so you should really invest some time getting to know them well. This will also help them understand you on a deeper level.

Don’t forget the other musicians though, you should have massive respect for all of them. They all play an important role.

Get out of your own head

Don’t overthink things. Try to relax and feel the music rather than get overwhelmed by concentrating too hard.

It’s so easy to overcomplicate grooves, fills and general playing on drums. This is because you have so much going on with your hands and feet.

Did you know some of the most famous pop songs are just a simple rhythm with the backbeat on 2 and 4? Trust me when I say, if you play more simplified, and do it well, your band will respect you so much more for it. If you’re playing in a prog-metal band, then fair enough, this is slightly different. But, in terms of general playing. Just keep it simple. If you can do this well, when you come to add more advanced playing later on you will always know how to come back in on beat 1 and you will land the gig with a lot more confidence.

Don’t play everything at the same volume. The backbeat on the snare is usually loud and pronounced, but if you play the hi-hat and cymbals at the same volume it can sound overpowering. Also use different dynamic levels to create subtle textures, such as ghost notes in your grooves and fills. A lot can be said for being aware of your dynamics, this is something which a lot of drummers also overlook. You can create some really interesting patterns using dynamics, it also adds great feel to songs.

I tend to play the backbeat nice and solid on beat 2 and 4, then depending on the music, any ghost or grace notes, are played as nice quiet tap strokes. You can also use these tap strokes on other drums, cymbals and surfaces for an interesting take on dynamics.

Let me be clear though! You must not make your drum groove too busy by doing so, as this can have the opposite affect. Add the icing on the cake, just enough to compliment the music. It is a very fine line.

The essence of a good groove is exactly that, it grooves! Don’t ruin the feel by throwing in flashy fills every four bars or playing blast beats in a pop song. Some of the best grooves actually have very few fills and sometimes none at all. ‘Billie Jean’ and ‘Another one bites the dust’ are great examples. If you listen to these songs and think they are boring, you should consider if drums are really for you.

This is slightly subjective though, because it can depend on the style of music you are playing. With drums, everything has boundaries. So make sure you understand what is ‘too much’.

You might think overplaying sounds cool, the band definitely don’t.

The notes you don’t play are just as important, if not more important than the ones you do play.

I know this is all a little complicated. Playing ghost or grace notes are prime examples of making dynamics sound good. But, what you need to understand is that there’s a mix. So space is as equally important as dynamics. Giving the music time to breathe can be a very effective way to make your groove lock with the music. Even try fills, where you stop on beat one with a flam, and leave the rest of the bar as silence.

A good drummer has great chops, a great drummer has great time. Keep the beat consistent and the tempo steady. Ensure you use a metronome to tighten up your skills and improve your internal clock. It is always a good idea to invest time in playing against the beat on the metronome and applying different subdivisions to your routine, so you can really get a sense of solid time. Know where beat one is! Without that, you are a little screwed.

Knowing the songs well will make you feel more comfortable and allow you to flow through the songs more naturally. You’ll then be be able to focus on the feel of the song rather wasting brain power by just trying not to get lost. Don’t be ashamed to take some notes down.

I am slightly guilty of not preparing for gigs as much as I should, not through laziness, just due to the pure fact I am a busy musician. That’s not an excuse though, and I have to admit, the gigs I have prepared for have gone a lot smoother. So it goes to show that doing your homework will pay off.

Learn how to score out simple beats and fills on music writing software or with pen and paper. If you are performing for a new band or on a last minute gig, this will show that you have taken the effort and time to prepare and the other musicians will respect you for this. You then won’t have massive anxiety when performing live, worrying that you are going to make a mistake, particularly with endings. Which brings about another point! I have probably played ‘Mr. Brightside’ about 1 million times, but every band has a slightly different take on it with subtle differences. Be prepared and ask.

Ultimately it all comes down to practice. As with anything in life, the more practice you do, the better you will get. You can even include listening to music as practice, as long as you’re taking the time to really pay attention to what’s being played and try to work out what it is that makes it feel so good. As mentioned before, find a bass player and start playing together. Nothing beats a real live experience.

You will get fired, fail your auditions and you will probably not get paid. Do keep this for the rehearsal room because it still has a place! Exception, if you are playing music which requires this.

In my opinion, a good drummer is not someone who can play all the beats and chops in the world at 200BPM, but a drummer who makes the effort to study rhythm, dynamics and feel. Keeping it simple and adding just enough to make the music groove. I have sustained a career as a professional drummer in the industry for over 12 years now by doing this.

We’ve got awesome online beginner drum courses starting in May 2020 which last for 8 weeks. These courses cover the essentials! We have a new intake at the start of each month. Click the image below to find out more and secure your place! 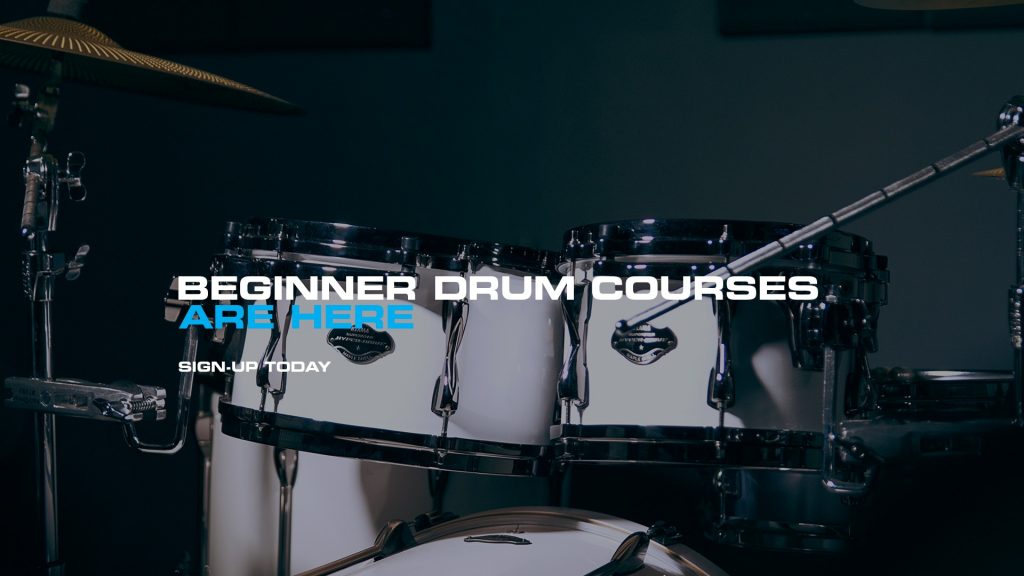