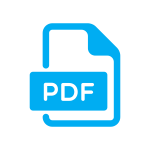 Every Breath You Take – The Police

Most of you probably know this song. If you don’t then you should defiantly go and check out The Police and Sting’s solo stuff, he’s an epic bass player and their music in general amazing.

This song has a walking bass line with consistent eighth notes chugging away on the E and A strings. It’s very simple and very easy to play so go check it out.

This song was a massive hit for The White Stripes and remains one of their most popular singles. The interesting thing with the bass riff in this song is that it wasn’t actually played on a bass, what you hear in the song was actually played on a semi-acoustic guitar that had been pitch shifted down an octave.

Nonetheless it sounds great on bass and that’s how it’s played by most bands. It’s an extremely catchy hook and will stay in your head for days. It’s particularly easy because you can play the main riff all on the A string. It doesn’t get much easier than that.

Here we have the ultimate chill out song, not only to listen to but also to play. It’s is a great song for beginners as it’s very straightforward rhythmically and the slow tempo allows for lots of space between the notes.

In typical reggae fashion, there are times where the bass plays nothing on the first beat of the bar and is rather more syncopated. This will help your counting of rhythms and introduce you to different rhythmic concepts that you might not otherwise find in typical rock or pop based music. It can be a bit fiddly at first but once you start to feel the rhythm you’ll be jammin’ in no time.

Another One Bites The Dust

Here we have a bass players dream. This massive hit for Queen was actually written by the bands bassist John Deacon and features one of the most iconic bass lines in music.

Although it’s simple in its basic form, the key to this song is making it feel good. It has to groove well and that’s where you’ll unlock the magic. This is another song where the main bass riff is all on one string so you should have this down in no time.

The bass line for this song is played a bit further up the neck. The first note starts on the 6th fret and the rest of the song doesn’t go below that.

You Really Got Me – The Kinks

The Kinks are regarded as one of the most influential bands of the 60’s. As a result, You really Got Me became a very popular song for rock covers bands and you can hear it in a lot of setlists in venues around the world.

It’s a pretty straightforward song and the bass is essentially just doubling up the guitar riff all the way through. Simple but effective and you’ll be humming it for days. The only challenging thing is that because it’s played so far down the neck, the frets are quite far apart from each other so it might take a bit of getting used to stretching those fingers out.

Shut Up And Dance – Walk The Moon

This song was everywhere back in 2014 when it was released and remains the band’s biggest selling single.

This song is a bit trickier than some of the others on this list because sometimes it features ‘muted’ notes. This can be difficult if you’ve never done it before but with a bit of practice it’ll happen. The idea behind muted notes is just to add a bit of texture to the spaces in between the other notes and although you can play this song without them, it wouldn’t quite sound the same. Also it’s a very useful technique that will come in handy as your playing progresses.

Pumped Up Kicks – Foster The People

Released in 2010 as the bands debut single, this song became their breakthrough hit and was one of the most popular songs of 2011.

This song uses the E, A and D strings so now we’re opening up a bit and incorporating more of the bass. This is a nice easy to song to start with that uses more strings because the rhythm is simple and allows you to acclimatise yourself to moving around. This is good practice because as a bassist you want to eventually be able to flow seamlessly across all four strings and move efficiently up and down the fretboard.

Under Pressure – Queen and David Bowie

Originally released as a single, it was later included on Queen’s 1982 album Hot Space and became their second number one hit in the UK after Bohemian Rhapsody.

This is a good introduction song for playing interesting rhythms at a faster tempo. The speed may be a challenge at the start but in terms of the notes you play, the main bass line only uses two and they’re both played on the 12th fret. Just stay conscious of playing the rhythm correctly as that’s what makes this song so recognisable and iconic.

Even if you don’t necessarily know the song, you definitely know this bass line. Not only was it released to commercial and critical acclaim in 1977, it went on to be used as the theme tune for Formula One coverage in the UK.

The main bass hook is what most people remember from this song and is actually from the second section of the song, but rest of it is just as simpleI. t’s a pretty quick tempo but it’s also a super easy bass line to play. It only uses the E and the A strings and the main riff is all played on the second and third frets, with the rest of the notes played on open strings. Take a bit of time to get used to the rhythm and you’ll be jamming to this song (or the Formula One) in no time.